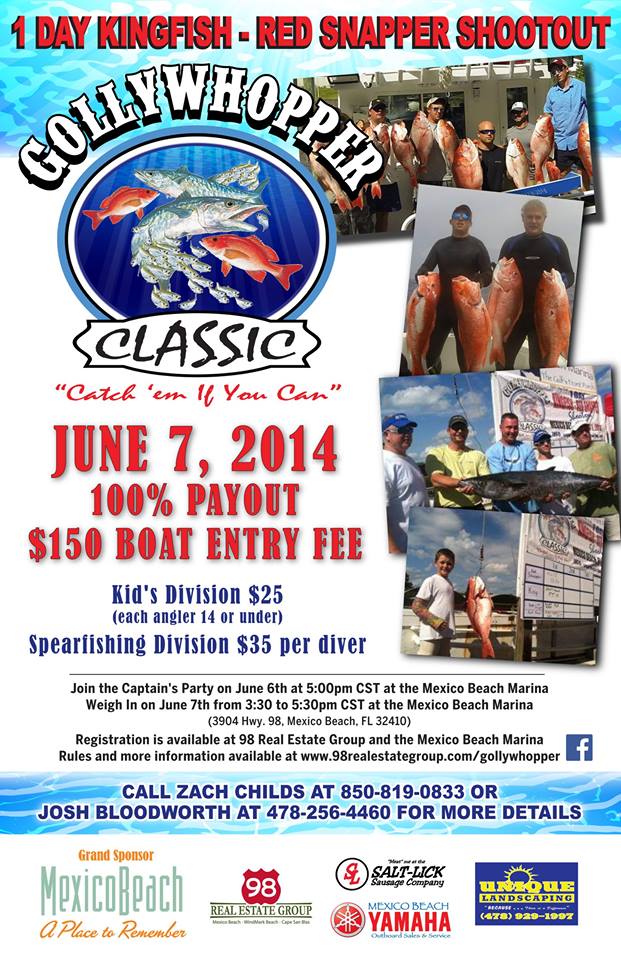 Mexico Beach’s three-tournament series kicks off Saturday, June 7, with the Golly Whopper Classic featuring a one-day “Catch’em If You Can” kingfish and red snapper shootout. A kids division will be included again this year, as well as an inaugural category—red snapper spear fishing. One hundred percent of the entry fees will be paid out to the winners. Tournament entry fees are: $150 per boat, $35 per diver (spearfishing) and $25 per child 14 and under.

The Golly Whopper Captains’ Party will be held Friday, June 6, at the Mexico Beach Marina. For rules and more information, visit 98realestategroup.com/gollywhopper or call Zach Childs at (850) 819-0933.